Nana – Business Idea, Value Proposition, and Everything else about the company

After the advent of the COVID-induced lockdown, we saw the emergence of many food and grocery delivery startups, across the region.

These newly launched platforms, delivered everything and anything, from medicine, fruits, and vegetables to cooked food and even everyday groceries. Among such startups, one is the Riyadh-based Nana, which fulfills online grocery orders from its dark stores and delivers within 15 minutes

In response to the COVID-19 outbreak, Nana has witnessed a significant spike in demand as people look toward technology to stay safe and fulfill their needs in a time of crisis.

Since its launch in 2016, Nana has emerged as the leading online grocery marketplace in the region, having developed a first-rate product and a reputation for superior quality service.

Currently operating in 14 cities, the startup has established strong partnerships with the top supermarket chains in the Kingdom. The company claims that its intuitive mobile app helps customers browse through the aisles of their favorite stores from the comfort of their own homes and order groceries and commodities to have them delivered right to their doorstep whenever it is most convenient.

The startup is on a mission to provide households with a convenient solution to fulfill their everyday grocery needs online. Through a network of micro fulfillment centres or dark stores fully stocked with up to 2,000 SKUs, NanaExpress ensures that all daily grocery needs are delivered straight to customers’ doorsteps within 15 mins.

This impressive business model has successfully redefined the meaning of the traditional grocery store and supported the founders’ vision of elevating the e-grocery industry both locally and regionally thus contributing to its rapid growth within Online Groceries to claim a market leader position with an 18 percent market share.

Sami is an alumnus of the Qassim University, Saudia Arabia, and graduated with a Bachelor’s in Computer Science. In 2014, he co-funded Sadeem io, an all-in-one cloud management solution.

Ahmed is also a graduate of the Qassim University, Riyadh, with a Bachelor’s in Computer Science. In 2002, he founded the Riyadh-based company, ExaServe.

In 2014, he founded and became the Cheif Product Officer at Nana.

Nana has partnered with major hypermarkets in KSA and numerous specialty stores, to provide its users with a wide selection of goods and facilitates deliveries with the click of a button. The company’s solutions and products are catered to all grocery stakeholders alike, i.e., consumers, stores and retailers, shoppers and deliverymen as well as Consumer Packaged Goods companies.

The impressive thing is, that having been launched in 2016, today, 90 percent of Riyadh’s daily grocery needs are covered through NanaExpress with plans to cover 100 percent of Riyadh in addition to Saudi Arabia’s major cities throughout the year.

In February 2022, the Riyadh-based Nana raised a total of $50 million in a round led by FIM Partners and STV – which brings the startup’s total funding to $80 million to date.

The round also observed participation from new and existing investors including:

Alongside other strategic investors with participation from initial investors including MEVP and Impact46.

Series B Round: Raised $18 million

In March 2020, Nana announced that it had raised $18 million in a Series B round, led by STV. The funding round included participation from investors including:

Series A Round: Raised $6.6 million

In February 2019, the startup raised a $6 million investment from Middle East Venture Partners, Impact 46, and Saudi Venture Capital Investment Company. This round was one of the biggest funding rounds ever raised by a Saudi startup, at the time.

With the newly raised investment round, the startup is preparing to launch operations and solidify its geographical footprint by entering into neighboring GCC countries as a first move outside of Saudi Arabia and increasing its partnerships with chains and retailers. 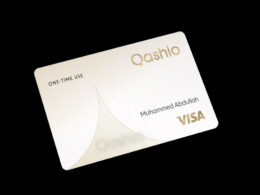 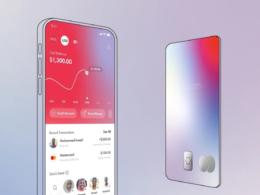 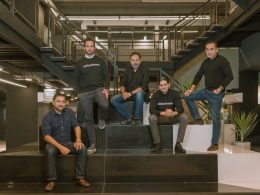 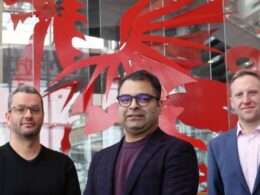