Bitcoin has had a bad reputation for the past few years as the crypto world is broadening. The decentralised digital cryptocurrency, powered by a vast computer network, is ill-famed for its degenerate uses and the drastic fluctuations in its value.

The rapid growth of Ethereum is because this blockchain platform supports smart contracts that support non-fungible tokens (NFTs), SEO hubs and a long list of decentralized apps. Furthermore, it is expected to gain more momentum in 2022 with the upcoming updates.

Despite all these advantages that Ethereum claims to have over Bitcoin, it is not expected to bump bitcoin off the top spot anytime soon. Bitcoin still stands as the number 1 cryptocurrency protocol in the industry in terms of market cap and name recognition.

Background of the founders

Dr Muneeb Ali – A bitcoiner since the beginning

Muneeb Ali, the founder of 3 successful crypto-based startups, has been part of the bitcoin community since 2013. He considers bitcoin the best decentralized currency as it has the best store value in the long run and is arguably the most secure blockchain.

During his time at Princeton, he co-founded an early Bitcoin application called Onename that enabled decentralized names and profile pages. The learnings from this experience led to the formation of Stacks which is an open-source network of decentralized apps and smart contracts built on Bitcoin. It was followed by an integrated platform called Hiro Systems, which builds developer tools for Stacks.

Jaswinder Pal Singh completed his Ph.D. in electrical engineering from Stanford University in 1993 and joined Princeton’s Computer Science department as Assistant Professor in 1995. He has since been teaching at Princeton and was promoted to a full professor in 2005. Professor Singh has previously worked on FirstRain Inc. as a co-founder and CTO and with that experience, has directed the Princeton CTO Program since 2010 training young minds to handle technology and business together.

With his immersive expertise in crypto and particularly bitcoin, Muneeb Ali along with J.P Singh is building Trust Machines, the largest ecosystem of Bitcoin applications. Trust Machines encompasses all his previous work as it presents bitcoin as the final settlement layer.

Just like the internet transformed communication and the web transformed access, bitcoin transforms trust – as it offers trust without centralization in an open and permissionless setting.

Though Bitcoin is a trillion-dollar community and there is no denying it is the most secure crypto investment yet people have concerns about it being merely an asset.

Founders of Trust Machines believe that bitcoin must not be limited to a passive store of value since its blockchain has the potential to support Defi, NFT trading, and the decentralized management of online communities through DAOs that competing blockchains are already hosting.

The smart contracts and programmable layers require the transformational properties of trust without centralization including openness, freedom from censorship, and scarcity, which are premised on decentralization, security and durability. No other blockchain comes close to Bitcoin in terms of these features thus bitcoin blockchain can be the best platform for smart contracts and applications.

This vision to construct programmable layers on to bitcoin blockchain was the foundation for both Stacks and Trust Machines.

Previous projects that led to the formation of Trust Machines

Stacks solved the two major drawbacks of bitcoin by bringing smart contracts and faster confirmations to bitcoin. This way the user can take advantage of the security and network benefits of the largest most secure blockchain, and on top of that earn bitcoin by simply stacking their stacks.

Hiro Systems – The internet isn’t going to decentralize itself

Hiro is a core entity within the Stacks Ecosystem, a collection of independent entities, developers and community members working to create a user-owned internet on Bitcoin. Hiro empowers developers with the tools they need to innovate and build on Bitcoin.

Dr Muneeb Ali was the co-founder and CEO of Hiro Systems but earlier this year transitioned to executive chairman of the board.

The success of Stacks revealed the potential of smart contracts on bitcoin holds, this could transform bitcoin into a trillion-dollar productive asset and grow the Bitcoin economy exponentially.

Trust Machines takes the vision of Stacks forward by changing the narrative of Bitcoin to be an active asset by creating programmatic demand for it and growing a dominant ecosystem of cutting-edge apps and technologies on its blockchain across various industries.

Ethereum has 500 billion networks and apps while bitcoin provides 1000 billion networks yet only a few apps are built on it. This explains the massive market opportunity Trust machines is opening by facilitating app-building on the bitcoin blockchain.

On February 4th, 2022. Muneeb Ali announced raising $150 million in seed funding for his new company in collaboration with J.P Singh. The news was received with enthusiasm by the bitcoin community all around the world.

This news was followed by a tweet that disclosed the new CEO of Hiro Systems, Muneeb Ali steps down from the position.

The funding came from some of crypto’s most active investors. The round was led by:

Other investors in the round included:

“We believe that Bitcoin can be more than a store of value; it can also be the settlement layer and platform for Web 3. Muneeb and JP have accomplished a great deal already by making Bitcoin programmable with use cases like lending applications and DAOs. We’re excited to support Trust Machines and their mission to help Bitcoin reach its potential.”

~ Jim Breyer, the founder and CEO of Breyer Capital.

Muneeb Ali in a tweet stated that he considers acquiring a huge investment is more of a responsibility than a celebration. The team has focused back on building and announced 15 openings in trust machines in positions of bitcoin core developer and others.

What’s next for Trust Machines?

Trust Machines will expand on the programming layer generated by Stacks by making it faster and easier to develop on the bitcoin blockchain and build applications that make Bitcoin productive like trustless Bitcoin lending.

“With the early foundation built, it’s time to concentrate on unlocking the next level of applications and platform technology on Bitcoin, enhancing the platforms for speed, scale, and functionality, and making Bitcoin apps a reality for hundreds of millions of users. This is why we launched Trust Machines and, with the backing of our terrific investors, we’re excited to take on this challenge.”

What are your views on the bitcoin blockchain serving as a settlement layer for digital transactions? Are you team bitcoin or team Ether? Let us know your view in the comments. 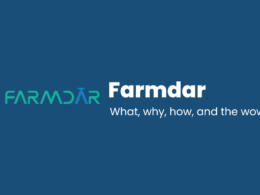 Farmdar – Business Idea, Value Proposition, and Everything else about the company 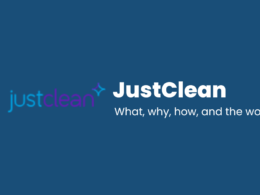 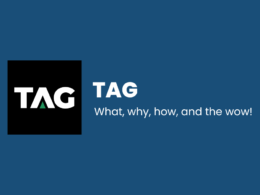 TAG – Business Idea, Value Proposition, and Everything else about the company 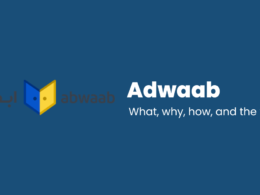 Abwaab – Business Idea, Value Proposition, and Everything else about the company