All the hot topics of today didn’t even exist a year ago. This evolving technology and the unique new terms it brings often has us dumbstruck in professional conversations. To save you from any such embarrassment, we bring a cheat sheet to get you familiar with tech’s hottest buzzwords.

If you haven’t been living under a rock, you hear crypto, NFT, web3 everywhere. Before we get into details of terms these advanced technologies use, let us first discuss what these technologies are.

Web3 is an idea for a new iteration of the World Wide Web-based on blockchain technology, which incorporates concepts including decentralization and token-based economics.

A Web3 internet would also be permissionless and inclusive where no one needs to take permission or generate access credentials to use the internet. Today’s internet is stored on servers, however, web3 would be stored on a network.

Crypto represents cryptocurrency, a digital currency that is secured by cryptography and is, typically, used as a medium of exchange within a peer-to-peer digital economic system.

A blockchain is a digitally distributed ledger that facilitates the process of recording transactions and information across a network. You can think of it as a decentralized or distributed database.

Social media is much more than merely entertainment platforms, it enables individuals from all around the world to have a digital place where they can voice their opinions and share thoughts.

This has brought about professional communities that exist on social media only. Twitter has hosted tech communities be it crypto, NFT, Web3, Bitcoin or others.

Crypto Twitter is a niche community consisting of developers, investors, companies, influencers, and even modern-day philosophers who enjoy discussing cryptocurrencies.

Though Facebook and Instagram also seem to embrace NFTs, the NFT twitter – the community of NFT sellers, buyers and investors on Twitter is yet the strongest. Twitter recently introduced NFTs as profile pictures and so many profile pictures changed from the common circles to NFT hexagons.

Web3 is a world of its own, and people have been interacting on this latest technology with experts on Twitter thus collectively forming an open-ended community called web3 Twitter.

Before we start, here are some of the short forms that are not exclusively crypto lingo but used everywhere.

Now that you know which communities and tech sectors we’re addressing. Let’s start off with the basics.

An address is a digital address to your bitcoin wallet, made up of letters and numbers, that you use for sending and receiving Bitcoin transactions. In the bitcoin world, an address is also referred to as a digital fingerprint for the recipient’s public key.

In crypto, a wallet is an application or hardware device that allows individuals to store and retrieve digital Items, like cryptocurrency and NFTs.

Hot wallets are online and accessible via a seed phrase or username and ID.

a hardware device that can securely store cryptocurrency. Secured because the user’s private keys are stored in a protected area of the microcontroller and cannot be extracted as plain text.

Crypto brings a parallel universe of technology, terms, methodologies that are completely alien to us. These are a few of the methods explained simply to get the idea of how things work.

Alpha is a slang term for intel, useful information concerning a subject of interest. Those who possess alpha have information that the rest of the market hasn’t found out about yet.

Apeing in means buying into an NFT project or social token project often with little or no research. The goal is to buy in shortly after launch to reap possible substantial gains with no due diligence on the buyer’s part.

Gas or gas fees are the transaction fees that users pay to miners on a blockchain protocol to have their transactions included in the block. This pricing mechanism calculates the costs (fees) for performing a transaction or executing a smart contract operation.

The genesis block is the first-ever block recorded on its respective blockchain network, also occasionally referred to as Block 0 or Block 1.

A currency that has been established as a valid form of money, typically supported by a government regulation that declares it to be legal tender. Fiat money is a currency that does not have any intrinsic value as it is not backed by a physical commodity and is usually made of a worthless or low-value material (such as a small piece of paper). Even so, fiat money is widely accepted as a means of payment.

The act of initially issuing a piece of art on the blockchain, either by the artist or the collector.

This process turns a digital file into a crypto collectable or digital asset on a blockchain. The digital item or file is stored forever in this decentralized database or distributed ledger, and it is impossible to edit, modify, or delete. During the minting process, the creator of the NFT can schedule royalties from every subsequent sale.

When a person is advertising a cryptocurrency or NFT project they own or have invested in. This endorsement on public forums or communities, however, has some negative connotations. Shilling is often linked with hidden motives such as being paid by an undisclosed third party.

This fast-moving world doesn’t have time to type complete words and waste time when you could’ve communicated with a few letters. This brings a whole genre of acronym terms that have now become a norm of how we type or even speak.

Dapp is a blockchain-integrated website that requires you to connect and approve all transactions with your wallet signature.

DAO is a self-governing digital institution existing on a blockchain, formed to pursue a common goal. a DAO is governed entirely by its individual members who collectively make critical decisions about the future of the project, such as technical upgrades and treasury allocations.

DEGEN usually refers to people who make risky and bad bets. In the crypto space, it can refer to people who invest in digital assets like NFTs without doing due diligence.

BTFD is an aggressive strategy of dip-buying encouraged by traders in hot markets, such as with Bitcoin.

Defi refers to the ecosystem of financial applications that are being developed on top of blockchain systems.

DYOR is a common phrase used by cryptocurrency enthusiasts. However, the acronym is not a piece of advice exclusive to the cryptocurrency ecosystem. It is commonly used throughout the internet due to how fast and easily misinformation can spread.

The concept refers to the feeling of anxiety or the idea that other people are sharing in a positive or unique experience while you are missing out.

It is used for someone who believes that one particular crypto is the only viable one by far and predominantly invests in it.

P2E is a business model behind crypto games and describes game mechanics that enable players to earn token rewards.

Some of the most successful NFTs collections out there consist of profile pics that the owners often use in social media to showcase their affiliation.

a system used to distribute crypto-badges to event attendees, course graduates, or something similar. A person’s POAP collection acts as a digital proof of representation without providing explicit personal data.

WAGMI means that the group or the community will be successful, often expressed in reaction to good news or after actions generally believed to lead to successful outcomes.

The crypto terminology uses typos (misspelled words) to represent processes and technologies. Whether these originated from someone actually making a typo or were purposely misspelled to avoid confusion, whatsoever the typo is now the right way to term it.

BUIDL is a warping of the word “build”, a call to build and contribute proactively to the blockchain and cryptocurrency ecosystem, instead of passively holding.

Hodl is a misspelled version of the word hold. It means to hold in the context of buying and holding Bitcoin and other cryptocurrencies. The term is commonly used by cryptocurrency investors that refuse to sell their cryptocurrency regardless of the price increasing or decreasing.

Knowing how the crypto world works is no more knowledge of interest, it has become a necessity, general knowledge that all must know. Cryptocurrency is not just a digital asset but also a multi-level marketing scheme for a new generation.

These terms that seem to be of a newly-discovered alien world aren’t that difficult once you get to know what they mean.

Here’s a fun quiz for you all, go through this cryptic conversation of crypto enthusiasts and see how much of it you understand after going through this article. And let us know how many you got right in the comments below. 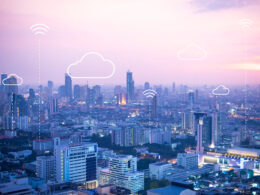 What’s all the Hype Behind Web 3? 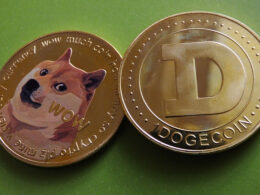 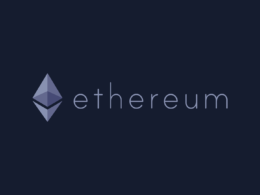