Venture Capitalists & Term Sheets – Everything You Need to Know!

It is a common practice for investors to only become a part of a company if they believe, that it will earn them a solid return on their investment in the years to come. What’s even more persuading is when that company has everything in order, with the terms of a potential agreement laid out in a way that’s transparent and doesn’t leave much room for misinterpretation or confusion.

And this is where term sheets come into play.

What is a Term Sheet?

A term sheet can be defined as a non-binding contract that sets out the basic conditions for making an investment. It serves as a template or the first step that leads to a more detailed legally binding document.

Once the concerned parties have reached a mutual consensus, a contract is laid out confirming the details of the term sheet. In essence, a term sheet should cover the most important aspects of an agreement without going into any minor details or contingencies covered by a legal binding contract.

How do Term Sheets work?

To be more precise, it essentially sets out the groundwork for ensuring that the parties involved in a business transaction agree on the most important aspects of the deal, thus precluding the possibility of misunderstanding and diminishing the likelihood of unnecessary litigation. It also ensures that there is no premature incurrence of expensive legal charges involved in drawing up a binding agreement or contract.

All term sheets should incorporate certain basic elements, such as information on the identity of the parties involved, valuation, and preferred payments. It also includes information on all the properties involved, the initial purchase price, including contingencies that may impact that price, a response time period, and any other information that is considered relevant at the time.

Term sheets are most often associated with startups. Entrepreneurs find this document as crucial for attracting investors, such as venture capitalists (VC) with capital to fund enterprises. Additionally, the company valuation, investment amount, percentage stake, voting rights, liquidation preference, anti-dilutive provisions, and investor commitment are some items that should be chalked out in the term sheet. Companies can also use a term sheet for mergers or attempted acquisitions.

If you are a founder, entrepreneur or even a potential investor, you might have encountered a term sheet at some point. So, what are term sheets actually for and what issues do you need to consider?

A term sheet, also known as a letter of intent or a memorandum of understanding (MOU) generally sets out the key commercial and legal terms in respect of a proposed transaction. It may also contain information about something that is excluded from the contract or anything that either one or both parties may regard as requirements.

What to include in Term Sheets?

Before entering into a term sheet, you should decide whether the document will be legally binding, partially binding or not binding at all. As a founder, you should be particularly wary of binding obligations that detriment your ability to work with other investors for too long a period and be even warier of an investor who wishes to impose a penalty on you if for some reason the terms of the letter are breached. Since the position may not always be clear, legal advice and clear legal drafting will eliminate all or most uncertainties.

While the term sheet doesn’t have to go into every little detail or contingency of a deal, it should include all the major points so investors can read through it and know exactly what they are getting into. Since venture capitalists have many deals in front of them, as a business owner, it’ll only add to your advantage if you make the process easier for your investor by laying out a clear and concise document.

Not to forget, there is also a balance between too much and too little detail. While too much detail can cause delay and increase your costs as you may end up negotiating the deal twice. Too little might imply that none of the key commercial issues has been addressed, with you finding out later that there was never a deal, to begin with. A good term sheet should save you time and money, but a poor one will have the opposite effect!

All in all, although a term sheet is not a binding contract, it’s still important to know how they work and why they are beneficial for your business. Remember that without one, or even with one that’s limiting and confusing, you’ll spend more time, effort, and money in coming to an agreement with your investors. Your go-to-guide for Startup Funding in Pakistan Here are 10 startup investors you can contact right now! 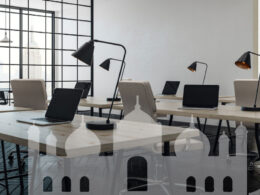 Here are the 6 best Co-working Spaces of Lahore 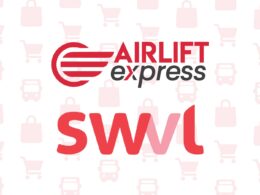