In the scorching heat of mid-summer, a queue of 15 containerized trailers has been waiting on the road outside a gated community for the past 5 days. When passing them you’d see drivers sleeping under their trucks, having meals under them, pouring water on their heads to keep them going in the extreme weather.

The road is blocked, routine traffic is disturbed and the truck drivers look miserable. What could the reason be? It turns out to be a little miscommunication between the shipper and the distributor that everyone pays the price for. This delay not only makes the drivers miserable and restricts their vehicles but it costs the shippers large amounts that could easily have been avoided by a considerably managed and organized setup.

The billion-dollar road freight industry in Pakistan and the undeniable inefficiencies make room for a massive opportunity for digitization.

A foreign company coming to Pakistan would never be able to understand the day-to-problems of the truckers in our region. The struggle of being away from home for long stretches provided our closely-knit family structures, compromised living standards amidst high inflation and other issues of the roads in Pakistan. But primarily it would be difficult to penetrate technology in this traditional industry and gain the trust of the truckers and shippers.

However, these hindrances are minimized when the solution comes from someone amongst them. Founders of Truck It In come from this area thus aim to facilitate the truckers with compassion.

Sarmad Farooq, the founder of Truck It In, belongs to the transport belt of Punjab that is the Mianwali/Chakwal region where transportation is the first business of choice and the majority of flatbeds and containerized vehicles on long haul hail from this region. His family and extended network are either directly involved in managing the fleet or own infrastructural assets on the mainland routes in Pakistan.

Sarmad is a Ghulam Ishaq Khan Institute (GIKI) alumnus that graduated in manufacturing engineering in the year 2015. Right after his graduation, he started working on his startup named Dasti Sawari in the university’s Incubation Centre.

After almost a year of work on his startup, he joined Careem as Manager of Operations. He left Careem in 2021, along with the co-founders of Truck it in with the aim to build the truck hailing startup.

Raza is a LUMS and IBA alumnus. He completed his BBA in 2014 and went on to do his MBA from LUMS.

He became a part of Careem in 2017 and worked with the company up till 2019, his last post being Supply Manager Performance and Marketing. Raza later joined Bykea as Vice-President of Growth, which he left to build Truck It In.

Haider, an IBA alumnus worked with SECP, State Bank of Pakistan (SBP) and Unilever among some other industry giants and Government platforms.

He joined Careem in 2017 and became the Country Manager – Mass Transit/ Bus in 2019. He left Careem in 2020 to start working full time on Truck It In.

One thing in common between all of Truck It In’s founders and in fact founders of most of the leading startups in Pakistan is a work history at Careem. Ever since Careem became an international giant, it has been deploying enthusiastic, well-informed leaders that went on to form companies like Swvl, Bazaar Technologies and Retailo.

The usual trend with the senior management of multinational companies is them trying to keep their talented employees to themselves. Surprisingly, Careem has been supporting, facilitating and mentoring employees that wish to go out and form a company of their own. Though many of these companies overlap with Careem’s customer market, the community at Careem has empowered its employees to do big.

These former employees that make big from learnings and guidance at Careem are commonly referred to as Careem Mafia as a reference to the PayPal mafia in the US that created geniuses like Elon Musk of Tesla, Chad Hurley of YouTube,  Founders of Reddit, LinkedIn and many went on to become partners of the leading Venture Capitalists in the world.

The founders of Truck It In repeatedly mention in their interviews that their time at Careem enabled them to think big, guided them in scaling and marketing and mentored them along the journey.

Pakistan is the largest road freight market in the Middle East and North Africa, representing a $25 billion annual opportunity. It makes up to 10% of the national GDP.

Sarmad’s background in the road freight sector combined with the founders’ mutual expertise in transit made this just the right opportunity for them.

In an interview at daftarkhwan, Shehryar from DEOSAI ventures asked Sarmad about the rising competition in the trucking sector and how it affects their business. Sarmad revealed that this was their least worry since Road freight is a deeply fragmented space. The opportunity is far more vast than the available service providers.

“The competition in it is both new-age and traditional but the market is huge and growing at a fast pace which creates opportunities for [different] players to find their niche and co-exist.”

~ Sarmad Farooq in conversation at daftarkhwan

What is Truck It In?

On the other side, it facilitates Truckers by providing instant loads along with assurance for loaded return trips so no commute is wasted.

The platform earns a crust by charging a commission each time it facilitates a shipment, with the exact amount depending on factors such as the trade lane served and the price negotiated between trucker and shipper.

It is currently operating in Karachi, Lahore, Islamabad, and Faisalabad. The online platform offers all categories of road freight to the shippers including Flatbed, Container, Halfbody, Mazda, Shehzore, and Pickup, for most of the major inter-city routes across the country.

Funds raised by Truck it in

In April of 2021, Truck It In announced raising $1.5 million in a pre-seed round. The round was led by Global Founders Capital with the participation of:

A few months later in September 2021, Truck It In announced a $3 million extension of its pre-seed round that was also led by Global Founders Capital and Fatima Gobi Ventures with the early-stage technology investment firm, Picus Capital, and Zayn Capital participating.

The extension took the cumulative funding to a grand total of $4.5 million.

This month on February 4th, 2022 Truck It In raised $13 million in early-stage funding, which is still the largest for a logistics startup in the Middle East, North Africa and Pakistan.

The startup’s seed round is jointly led by:

The other investors in the round include:

This latest round takes total raised capital to $17.5 million.

Future Plans of Truck It In

The aim of Truck It In after the huge funding is to set up the infrastructure that could support further digitization of the industry.

“The company is going to grow aggressively after getting the fundamentals and infrastructure in order,” – Sarmad told Bloomberg.

The platform apart from connecting shippers to truckers, now plans on adding advanced features such as digitizing the complicated documentation required at every shipment, educating truckers regarding the market with their data analysis and helping them make smarter decisions. Truck it in would also be expanding its tech team after the latest acquired funds.

There are some key players in the trucking industry across the MENA region. UAE-based TruKKer with a $99 million valuation, Egypt’s Trella that has also been operating in Pakistan since 2020,  Lahore-based Freightix are some of the notable ones. However, Truck It In is by far the most well-funded Pakistan-only trucking startup.

The startup undeniably has great prospects, but it is still at an early stage to make any predictions for the coming years. Let us know your views regarding Truck It In and the rising number of road freight startups. 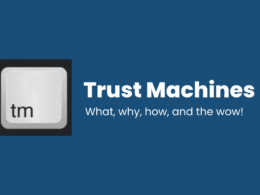 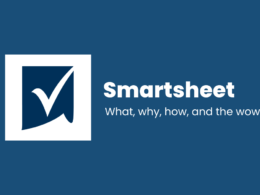 Smartsheet – What do you need to know? 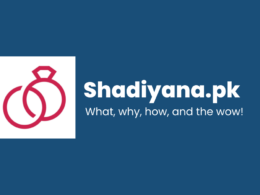 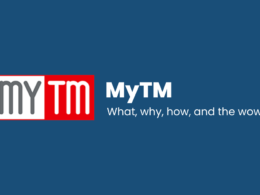