CreditBook — The Story Behind the Startup

Cash is still king in Pakistan. Moving to a cashless digitized economy remains a far-fetched goal. There is a huge unmet gap in Financial inclusion in Pakistan. There have been efforts by the government but the progress seems to be slower than expected. In a poor economy like ours, most low-income families and daily wagers run their households on “udhaar” (credit).

It is no surprise that most of the small retailers in less privileged areas run majorly on credit. The people of the neighbourhood buy their necessities when they have no cash in hand and their dues keep adding up in this “khaata”. Monthly repayments happen at an informal and unstructured rate which affects cash flow in terms of growth.

The most treasured item at every Kiryana store is not the cash, but this foxed register with pages ripping apart due to overuse. What they bought, which customer owes how much, how much do they owe the wholesaler, when are payments due, this rusty ledger has it all.

We might see it as an inefficient system, but the founders of CreditBook surely saw it as an opportunity.

CreditBook empowers small businesses in Pakistan with technology. It uses smartphones to digitize the workflows of millions of micro, small, and medium businesses (MSMEs). The aim is to increase their cashflows by digitizing their credit ledgers for now.

A failed project in the public transport sector

At their time in Esade Business and Law school, Iman Jamall and Hasib Malik, the founders of CreditBook worked on a startup in the mass transit sector of Pakistan. Their target problem was the broken public transport system of Karachi. After studying the problem and testing further, they realized they couldn’t grapple with the transport company. Thus dropping the idea altogether.

However, this early teamwork kindled their interest in financial inclusion in Pakistan.

In late 2019, Iman Jamall carried out research as the service designer for a bank in Pakistan. She surveyed local retailers, corner shops, and unbanked businesses to observe their financial practices. It was then, she came across this regular credit behaviour among many communities. Taking Hasib Malik on board, they started working on a sustainable solution to solve the cash flow and cash conversion cycle issues.

Hisham AdamJee, the third co-founder of CreditBook was researching in the same area. With his 15 year insight into the sector, he proposed a solution that has already worked for a few startups in India and Indonesia.

When working with middle-aged people who have been running their businesses manually for long enough, the key feature is a simplistic alternate system. After trial and error, the model that worked best for the users was a basic digital ledger and a system of auto-generated alerts for repayments. CreditBook took this model forward and launched it in June of 2020.

Initially, the founders of CreditBook contributed themselves to launch their app. A few months after the release, CreditBook landed pre-seed funding of $1.5 million. The funding team had many local and international ventures on board, led by Better Tomorrow ventures investing in Pakistan for the first time.

Hasib Malik stated in an interview that once a startup has a good scalable model, raising money is a frictionless process. On December 17th 2021, Tiger Global announced backing CreditBook as its first investment in Pakistan. A total of $11 million is raised in their pre-Series A funding round.

The Revenue Model of CreditBook

CreditBook is a free bookkeeping app that enables merchants to digitize their daily account tracking, sending automated reminders out for the credit uploaded on digital ledgers. The original business model is completely free with the objective of providing an easy, frictionless decision-making process.

The prime focus of CreditBook is to grow its userbase, hitting a critical mass of users. In an interview with David Roversa of Esade, Iman Jamall stated “We are moving into invoicing, and based on the data collected we will start offering value-added financial services with our partners”. We are looking to create revenue channels from learnings through the customer data, Hasib added.

CreditBook hit the 100 million downloads milestone in 2021. Their growth has been exponential, with 500,000 active users within a few months of its launch. The startup had surprisingly successful progress being a free platform. Building the mass market’s trust in digital financing would still be a struggle in Pakistan.

Effect of Covid-19 on their Progress

CreditBook was launched in midst of the worst of the pandemic. Despite all the damages Covid-19 brought to the economy, the inclination towards mobile money surely increased. Statistics show a noticeable increase in smartphone users and internet users amid the pandemic. In the lockdown, most schools shifted to digital learning. Earlier, the internet was considered an entertainment platform among most of our population but post-pandemic, the narrative has changed.

The pandemic situation accelerated the digitalization and the adoption of mobile connections that helped Creditbook and others that aimed to grow their businesses. This ever-growing shift towards digital creates more opportunities for tech startups.

CreditBook is run by a highly motivated team that deeply understands its target market. Their models have been simple and transparent. The team closely works with its customers, relying largely on feedback. Another practice that makes CreditBook better than its competitors is repeated experimentation before every launch.

CreditBook understands our population’s reluctance towards digital banking and spending on online services. In an interview with Tech Sheck, Hasib Malik acknowledges that making their customers pay on a utility app would be a mistake. “If you want to digitize this sector you would have to take them through an education process”, he stated.

In a conversation with Davide of Esade, Hasib and Iman recalled “I remember telling the team on the day we got married: ‘hey guys, we are not available for four hours because we are getting married.” Well, with this level of conviction and dedication, CreditBook is bound to succeed.

We would soon be seeing CreditBook land many more international investments, creating opportunities for the startup ecosystem of Pakistan. 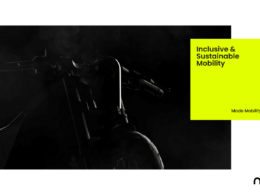 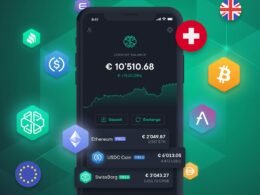 SwissBorg enters the UAE to redesign the banks of the future 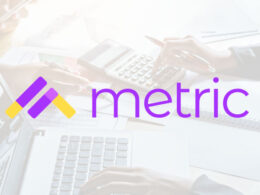 How does Metric assist with your day to day accounting? 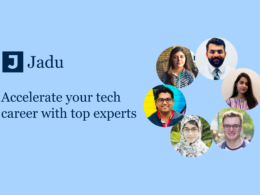 JaduJobs — Filling the Skill Gap Between Graduates and Job Market